The Golden Eagle Aquila chrysaetos in the Aspromonte National Park: first surveys on its status and ecology 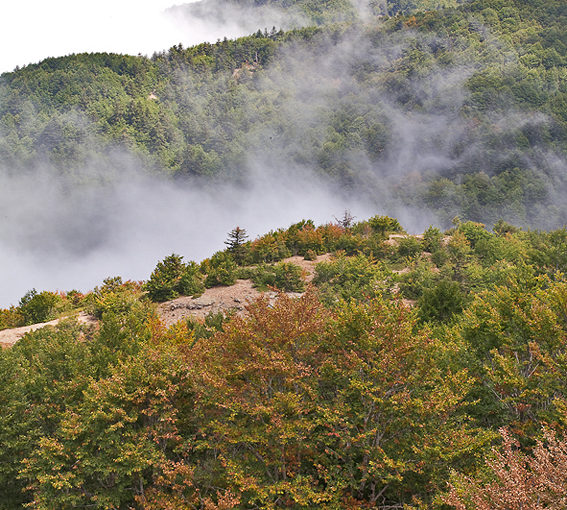 In recent decades, the Golden Eagle Aquila chrysaetos population in Italy has been negatively affected by numerous environmental transformations determined through anthropogenic actions: the gradual abandonment of traditional agricultural practices, together with the remarkable decline in pasture activity, mainly at higher altitudes, represent some of the threats that directly affect the species (Mathieu & Choisy 1982, Huboux 1984, Esteve & Materac 1987, Fasce & Fasce 1992, Pedrini & Sergio 2001, 2002). In an unfavourable context, especially in regions such as Calabria, where these negative factors have had considerable intensity, the role of protected areas has proved to be fundamental for the preservation of many species at risk: the Aspromonte National Park, in collaboration with Federparchi, has thus decided to carry out a systematic study on the Golden Eagle, a species so far never investigated in this area. The research, still ongoing, is aimed at obtaining the ecological knowledge about the local population, useful for planning, and where necessary, interventions aimed at protecting and preserving this important predator. In Calabria the Golden Eagle is sedentary, nesting and irregularly migratory (Scebba et al. 1993): the bibliographic surveys indicated a stable presence in the Pollino National Park with 4 pairs (Viggiani 1999, Pandolfi et al. 2007) and in the Aspromonte National Park, with at least one pair (Malara 1999). The historical presence of this species in the Aspromonte territory is, on the other hand, reported by Moschella (1891), who reports two killings near Reggio Calabria and a stationary pair near Africo.