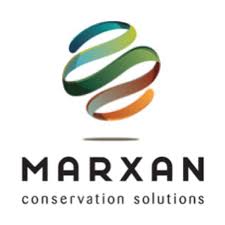 The bird community analysis, carried out by transect and point count methods, are quantitative analysis. Our aim in this paper is to analyse the results, based on each of these tools, using Marxan, a mapping software to obtain a zonation of a protect area in Mediterranean central Italy . The management algorithms of protected areas are widely used to identify potential networks of natural reserves that meet pre-established ecological limits, such as the presence of a specific percentage of habitats or a specific number of populations, at the same time minimizing costs. The Marxan software was made for different habitat where fragmentation of natural patches are significantly lower than in the study area, but it show interesting and useful result also in this situation. Marxan is particularly useful to solve the problem of the minimum set, in which the aim is to identify, at the lowest possible cost, the areas in which the biodiversity preconditions identified are present. In this work the Circeo National Park (Central Italy) was analysed, as an example of the Mediterranean area. We elaborated, through Marxan a series of maps of the priority areas for conservation that can be used as a starting point working with all the stakeholders involved in the management of the area itself. The main information suggests is to take particular attention to seasonal variations in the composition of the bird communities and, consequently, to the weight that the Park assumes at national and international level in the context of migratory movements and biodiversity conservation. In addition, special attention must be paid to the growing of intensive, rapidly expanding agricultural activities that are not enough controlled and are potentially highly damaging for the Park’s biodiversity, both in terms of vegetation and fauna.