The effects of egg laying onset, nest size and egg size on the hatching success of the Little Grebe Tachybaptus ruficollis 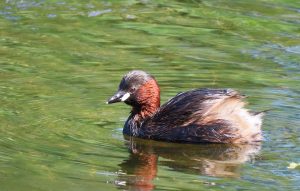 In 2008, we investigated the relationships between the hatching success of the Little Grebe Tachybaptus ruficollis with egg laying onset, nest diameter, as a proxy of nest size, and egg weight, as a proxy of egg size, in an artificial wetland in Mazandaran Province, northern Iran. The first egg was laid on April 23 and the last chick hatched on July 27. From 118 eggs on 25 nests, we recorded a total of 72 hatchlings (hatching rate: 61%). A generalized linear model (GLM) revealed that while egg size and nest diameter were not significant factors predicting hatching success, egg laying onset predicted significantly the hatching success as early breeders were likely to produce less hatchlings than late breeders. Further studies will be necessary to elucidate the underlying mechanisms of such results.